The West Hempstead Water District has been delivering high-quality water for over 90 years. We are grateful for your support and the opportunity to serve our neighbors throughout the District.

The District has a very interesting history based on what can only be described as a very rocky beginning.

Back in the early 1920s, many of the residents were not in favor of the District’s formation, although that would not dampen the spirits of those who had the foresight to see its long-term benefits.

For 18 months prior to the District’s formation, meetings were held in the local schoolhouse. The issue at hand was the possibility of gaining a $300,000 bond issue along with the likelihood of successfully gaining a petition containing the signatures of property owners constituting at least 51% of the total assessed valuation of the territory involved.

To put it mildly, the task was arduous. Our current hamlet was a sparsely settled area composed principally of farmers and included non-residents from Brooklyn, Queens, the Bronx and New Jersey. The project was considered pure speculation and many heartily disapproved. For those who thought otherwise, it was going to be an uphill battle and a thankless job supporting a proposal that was going to require a tremendous amount of money at the time.

The project was further dampened by competition. The privately owned Long Island Water Company was already serving Lakeview, Malverne, Lynbrook, Valley Stream and an area near the Hempstead border that was referred to as The Branch. The LIWC was offering water at about half of what the new District would initially charge and even suggested that it would sell the new District water at a very cheap and tax-free rate.

Despite these obstacles the committee remained undaunted. Its members were positively persistent, open forums continued, and all of the hard work eventually paid off as a petition of 51% was finally tendered to the Town of Hempstead Board.

The benefits were immediate. The Board of Fire Underwriters cut fire insurance rates in half (from $1.00 to 0.50¢) and builders instantly became more attracted to our community. The first inquiry of all potential residents was: ‘Does the community have running water?’ When the answer was ‘yes’ our rural area began a slow but steady conversion into a hamlet of modern conveniences.

While there were still a few die-hard dissenters who continued to use their kitchen pumps instead of hooking up to the new water mains, the builders continued to play a key role in initiating mass acceptance of the District’s benefits to new homeowners. The bond issue allowed for the installation of two wells that were capable of producing 1,700 gallons per minute, the construction of a 300,000-gallon elevated storage tank, the installation of 19 miles of water mains and the building of a small office which still stands today (with numerous additions) at the end of Birch Street.

Currently, the District maintains an infrastructure that includes over 125 miles of water mains and 579 fire hydrants. We are also extremely proud of our new, state-of-the-art, composite-concrete pedestal, steel-welded bowl elevated storage tank that has a capacity of 1,000,000 gallons of water. The new tank is West Hempstead’s newest landmark and, as the first of its kind on Long Island, it will benefit generations of District residents. We currently have seven of our eleven wells drawing water from the Magothy Aquifer under Long Island, a 1,500,000-gallon ground storage tank, a booster station that can pump 6,000 gallons of water per minute, an emergency generator that can supply electricity for the entire plant and numerous service buildings – all located at our Birch Street facility. The District also has a 600,000-gallon elevated storage tank and an emergency generator at our 7th Street facility in Garden City South. We will be constructing a specialized facility at our 7th Street location that will use an Advanced Oxidation Process (AOP) system to eliminate emerging contaminants that cannot be removed using conventional treatment methods. 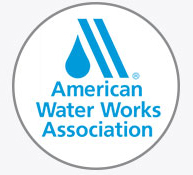 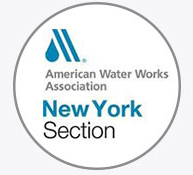 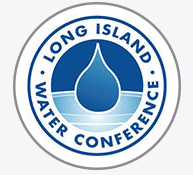 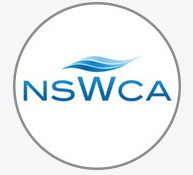 Designed and developed by Progressive Marketing Group, Inc. Duplication without prior permission from West Hempstead Water District is strictly prohibited.

Any cookies that may not be particularly necessary for the website to function and is used specifically to collect user personal data via analytics, ads, other embedded contents are termed as non-necessary cookies. It is mandatory to procure user consent prior to running these cookies on your website.